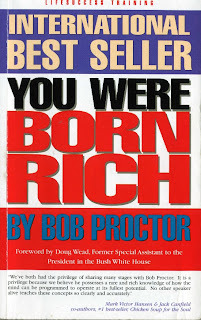 They all said, “Sure, we’d like to.” He then drew a large T underneath the 333. On one side he wrote, ‘Why We Can’t.’ On the other side he wrote, ‘How We Can.’ Under the words, ‘Why We Can’t,’ Bob Templeton drew a large X. As he placed the X on the flip chart, he said, “Now there is no place to record the ideas we think of which explain why we can’t raise 3 million dollars, in 3 hours, 3 days from now, regardless of how valid they might be.” He continued by explaining, “When anyone calls out an idea which suggests why we can’t, everyone else must yell out as loud as they can, NEXT. That will be our command to go to the next idea. Ideas are like the cars on a train, one always follows the other. We will keep saying Next until a positive idea arrives.”

Bob smiled and continued to explain that, “Opposite the X on the other side of the flipchart, directly under the words, ‘How We Can,’ I will write down every idea that we can come up with on how we can raise 3 million dollars, in 3 hours, 3 days from now.” He also suggested in a very serious tone of voice, that everyone will remain in the room until we figure it out. “We are not only going to think of how we can raise 3 million dollars immediately, after we originate the ideas we are going to execute them!”

There was silence again.

Finally, someone said, “We could do a radio show across Canada.”

Before he had it written on the right hand side of the flipchart, someone said, “You can’t do a radio show across Canada. We don’t have radio stations across Canada!” Since Telemedia only had stations in Ontario and Quebec, you must admit that was a pretty valid objection. However, someone in the back of the room, in a rather soft tone said, “Next.”

Bob Templeton replied, “Doing a radio show is how we can. That idea stays.” But this truly did sound like a ridiculous idea, because radio stations are very competitive. They usually don’t work together and to get them to do so would be virtually impossible according to the standard way of thinking.

All of a sudden someone suggested, “You could get Harvey Kirk and Lloyd Robertson, the biggest names in Canadian broadcasting, to anchor the show.” These gentlemen are anchors of national stature in the Canadian television industry. Someone clearly spoke out saying, “They’re not going to go on radio.” But, at that point the group yelled, “NEXT.” Bob said that was when the energy shifted; everyone got involved and it was absolutely amazing how fast and furious the creative ideas began to flow.

That was on a Friday. The following Tuesday they had a radiothon, where 50 radio stations, from all across the country, agreed to work in harmony for such a good cause. They felt it didn’t matter who got the credit, as long as the people in Barrie got the money. Harvey Kirk and Lloyd Robertson anchored the show and they succeeded in raising 3 million dollars, in 3 hours, within 3 business days!

You see, you can have whatever you want; all things are possible when you put your focus on how you can and “Next” every idea telling you why you can’t.