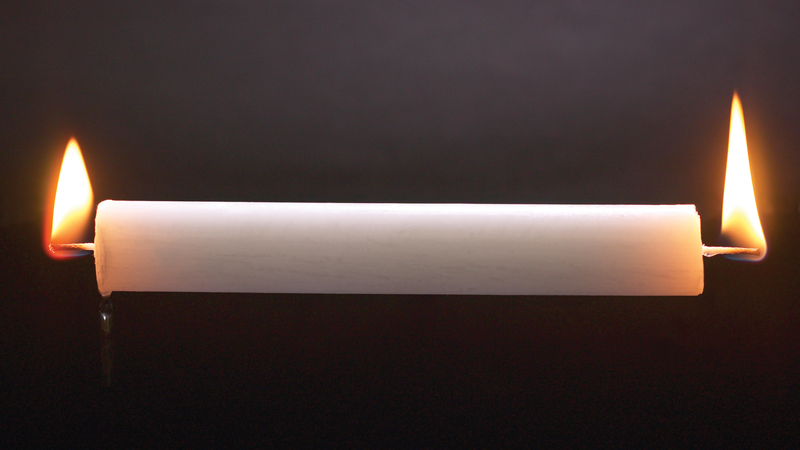 Joshua: Emily, this weekend I’m planning a movie marathon! … Hold on, it’s not what you think! Emily, this is scientific research!
Emily: Scientific research? Hmm… tell me more.
Joshua: I’m going to watch every feature film ever made by Stanley Kubrick without stopping. From Spartacus to Eyes Wide Shut. 13 films in all!
Emily: That is quite a task! But, what made you want to do this? And how is it “scientific”?
Joshua: Kubrick was a brilliant American director who had a very unique work style. He was obsessed with every detail of production and spent countless hours on writing, researching, and editing. So, I want to immerse myself the world of his films to better understand his method.
Emily: Interesting! Yes, Kubrick was notorious for paying meticulous attention to detail. He often demanded twenty, thirty, forty “takes” of the same scene to achieve realism.
Joshua: OK, good! So you can see why I find this subject so fascinating. I’ve got my coffee, my popcorn, and I’m ready to stay up all night!
Emily: But, why the marathon? It will take you more than 24 hours to watch all his films. Wouldn’t you enjoy them more spaced out over a few weekends? Joshua, I don’t understand why you need to burn the candle at both ends.
Joshua: Sure, I could do it over a few weekends… but that’s not how Kubrick would have done it!
Emily: Oh, really?
Joshua: Stanley Kubrick, the genius behind Dr. Strangelove and The Shining, had an extreme work ethic, and he often burned the candle at both ends searching for the perfect image. Did you know that he collected and archived all of the research for his films?
Emily: I read somewhere that there are hundreds of boxes full of his research.
Joshua: More like thousands! Among those boxes, hundreds of them are related to Eyes Wide Shut. During that production, Kubrick was looking for a doorway to film one scene. Judging by all the photographs, he probably asked his associates to photograph just about every single doorway in London until he found the “perfect” one! Over 35,000 photographs.
Emily: Wow! It sounds like Kubrick and his team were not afraid to burn the candle at both ends.
Joshua: His art always came first.
Emily: But I have to wonder… Was it worth it? Was the doorway eventually picked for Eyes Wide Shut, absolutely perfect?
Joshua: It’s a red door with the number 265 painted on the glass at the top. Just an ordinary door. The kind you see all over Manhattan.
Emily: That seems unnecessary and excessive to me.
Joshua: Exactly! I’m trying to understand why he needed to burn the candle at both ends perfecting every detail.
Emily: So, by sacrificing sleep and maybe even your sanity, you hope to gain a better understanding of Kubrick’s genius.
Joshua: That’s the idea!
Emily: Ok, since you are doing this for science, let me suggest something else to consider… As Kubrick’s career progressed, he took longer and longer to make each film. After Full Metal Jacket in 1987, his final film, Eyes Wide Shut, wasn’t completed until 1999. 12 years later!
Joshua: I know!
Emily: So, while you’re watching, ask yourself why Kubrick took so much time to produce his later movies.
Joshua: Hmm…
Emily: Perhaps, he might have made more films if he hadn’t been burning the candle at both ends with all that research and archiving.
Joshua: Well yeah, but then Kubrick’s films wouldn’t be Kubrick’s films.

The expression “to burn the candle at both ends” refers to a behavior or lifestyle that is not sustainable over a period of time. This might relate to work, hobbies, social activities or exercise. It generally involves a combination of more than one activity being done at the expense of taking care of oneself. Consider a lawyer who works eighty hours a week and rarely has time to spend with his family. On the rare occasion he is with his children, he is generally exhausted and worrying about “wasting” his time or about how he could be getting more work done if he were being more active.

Sometimes life requires us to work overtime or with much exertion. This should not, however, be the general and standard practice for anyone looking to hold balance and maintain a healthy lifestyle. It is generally true, that we may not even know we are burning the candle at both ends until someone else mentions it or we break down completely from exhaustion. This expression is always used as a criticism of behavior and never an encouragement. Therefore, in the negative construction, imperatives are frequently seen. Since the behavior is inadvisable, we rarely see it in a future form.

This expression dates back to the 17th century. During this time, candles were a luxury and quite expensive. It was common to refer to candles when in the context of wasting time, money or energy. Lighting a candle at both ends implied a waste of resources that were scarce and considered imprudent. There is also the idea that for a candle to be lit at both ends, it must be held horizontally. This would lead to the wax dripping out of the candle quickly, burning the candle much quicker. Since the invention of electric lights, we have stopped using candles to light our homes and offices, but the idea still remains. It’s never good to waste, especially limited resources such as time, money and energy.

Example 1:
– Between working full time and trying to write my novel, I have no time to exercise or cook for myself. I’ve been feeling so tired and grumpy lately, I’m afraid that I’m burning the candle at both ends.

Example 2:
– Susan! You’ve been playing that computer game all night for the last week. Unless you take a break and get some fresh air, I’m afraid you’re going to hurt your vision or worse! Don’t you know you shouldn’t burn the candle at both ends?

Example 3 (Incorrect usage):
– I’m excited to visit so many places on my trip to Italy. I’ll go hiking, swim in the Mediterranean, eat fresh pasta and visit every museum in Rome. I can’t wait to burn the candle at both ends!